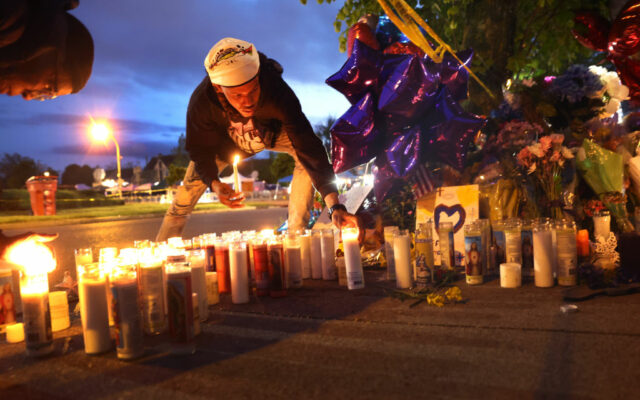 Shooting suspect Payton S. Gendron, who’s accused of killing 10 people at a Tops grocery store in Buffalo on Saturday, had been kicked off the property just one day earlier, according to one of the store’s managers.

Shonnell Harris Teague says Gendron, 18, was hanging around outside the store for several hours on Friday, dressed in the same camouflage outfit he wore the following day. Later, after he went inside the store, Teague was forced to ask him to leave because he was bothering customers, she says. Gendron complied with the request, Teague adds.

The following day, Gendron returned and opened fire on the store’s customers, leaving 10 people dead in what police are calling a racially-motivated mass shooting. The teen has been taken into custody and is currently on suicide watch, authorities say.

Should teens be allowed to own semi-automatic weapons?