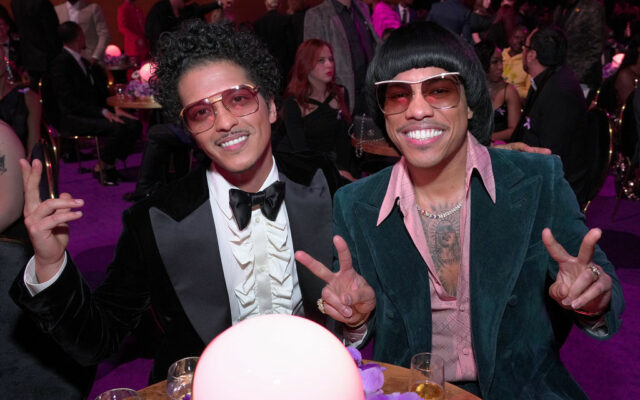 The winners and losers at this year’s Grammys were a bit of a surprise. Bruno Mars and Anderson .Paak was a “clean sweep” as the duo won all of their nominated categories; record of the year, song of the year, best R&B song, and best R&B performance.

Others that were expected to win but didn’t include, BTS, Justin Bieber, Billie Eilish, Tony Bennett, and Lady Gaga. Olivia Rodrigo did well for her Grammy debut, winning three awards including Best New Artist.

Louis C.K. seems to have survived his #MeToo moment, winning for best comedy recording. Brothers Osborne were the only country act to pick up a trophy-winning for country group/duo performance.

Who were you surprised won and didn’t win?

After winning all of the awards they were nominated for at Sunday’s Grammy ceremony, Bruno Mars lit up a celebratory smoke on stage and social media reacted.

Mars lit the cigarette while accepting the Record of the Year award for their hit, “Leave The Door Open,” while .Paak gave a speech calling the fourth win a “clean sweep.”

Fans reacted on social media with one journalist writing, “Lmao! Bruno Mars lit up a cigarette live on the #GRAMMYs stage after winning Record of the Year. I can’t even deal.”

“Bruno Mars just lit a cigarette on the Grammys stage in the middle of accepting an award, can we talk about that instead of Will Smith now?”another fan wrote.

What did you think of Bruno lighting up on stage? Hilarious or inappropriate?

If Y’all know Shamara she will light it up just like Bruno Lol!