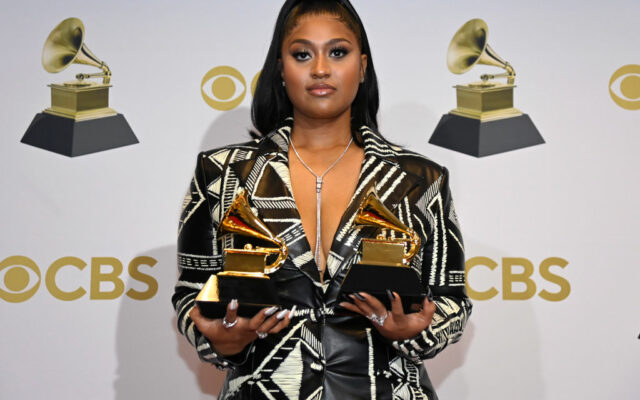 She tied with Silk Sonic in ceremonies before the show winning for Best R&B Performance.

In the televised portion of the show she received her Grammy for Best R&B Album.

Going into the award show Jazmine had been nominated 15 times without a win.

What was your favorite part of the Grammy’s?