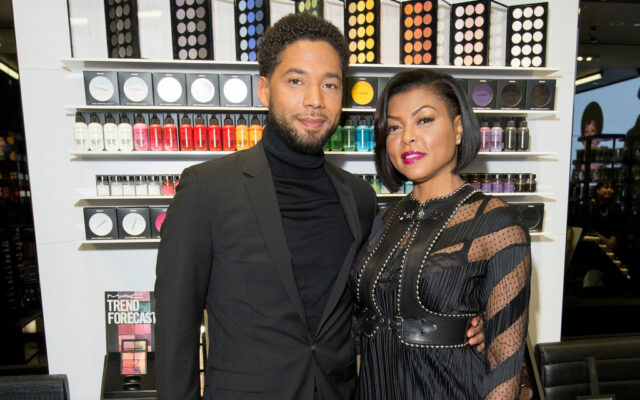 Y’all remember when The Big DM would have “Empire” Live Broadcast? Well those days are long gone for us and Jamal.

Last week Jussie Smollett was sentenced to 150 days in prison and Taraji P. Henson isn’t just going to sit by and let that happen. Taraji took to Instagram to request that Smollett be released from prison.

“I am not here to debate you on his innocence but we can agree that the punishment doesn’t fit the crime,” captioned Henson. “Emmett Till was brutally beat and ultimately murdered because of a lie and none of the people involved with his demise spent one day in jail.”

Taraji went on to say that Smollett has “lost everything” and she wishes that Smollett is freed from jail and put on house arrest instead.

Do you agree with Taraji?

Jussie Smollett’s legal team has filed for the release of the actor pending his appeal decision. Court paperwork filed alluded that the actor could be harmed or at a high risk of contracting COVID due to a compromised immune system while behind bars.

“Mr. Smollett has become the target of vicious threats in the social media forums which no doubt reflects the hatred and wish for physical harm towards Smollett which he may experience during incarceration,” the filing reads. TMZ reported threats have been made to his family members.

“Mr. Smollett anticipates he will most likely be assigned to segregated incarceration or protective custody, both euphemisms for solitary confinement; a situation which could have extraordinary damage on his mental health,” the filing continues. “As a result, any custodial setting poses a safety and health danger to the life of Mr. Smollett.”

Jussie is currently being held in protective custody, his brother Jocqui took to social media saying Jussie is not a risk of self-harm and is remaining “strong and ready to take on the challenge that has been put up against him.”

Do you think Jussie could face harm by being in jail? Should he be granted house arrest?