Comedian D.L. Hughley Fires Back At Kanye West: ‘You Actin’ Like A Nut Won’t Stop Pete From Bustin’ One’ 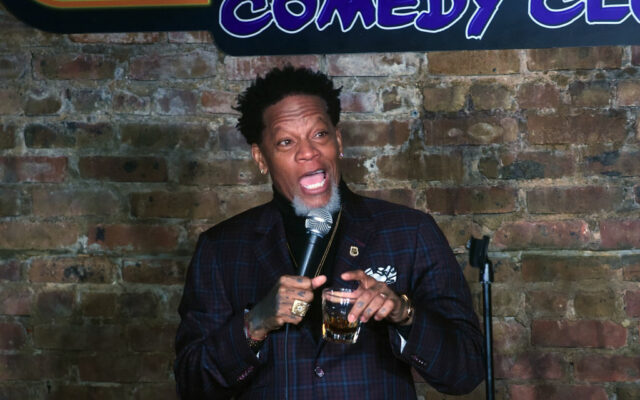 If y’all remember when the D.L. Hughley Show was on The Big DM y’all know D.L. is the clap back king of comedy

D.L. Hughley fired back after Kanye West took to social media calling out the comedian for his comments about Kim Kardashian being “stalked” by the rapper.

Fans flooded Kanye’s comment section on Instagram warning him not to mess with a comedian. Kanye called D.L. a “pawn,” and posted an old video clip of D.L. where the comedian had passed out on stage.

“We gone stop letting practicing drug addicts be used by leftist to Willie Lynch our Future,”  Kanye wrote in the caption. “Black people with our own opinion are not allowed to speak in public. I am the glitch. DL God does not like you. You have no favor. Your family hates you. I would hate to be related to somebody who used to be famous. Now you just known as a broke pawn. at least Oprah got billions ‘allegedly.’”

After Kanye threatened D.L. saying, “I will hurt you,” DL fired back “Hmm!”he began. “Ain’t it weird that #Kanye supposedly has all these goons who will for him, but not one of them will get his prescriptions filled? Here’s a thought while you’re on your way to kill me in Calabasas, how about somebody drop by CVS and pick up his Xanax! Lol.”

Then tweeted, “Ain’t no way in hell I’d ever be scared of a dude who wears #IKnowWhatDidLastSummerBoots!!!” DL wrapped up his shots at Kanye tweeting, “#Kanye!! It’s just too bad that you acting like a nut won’t stop #Pete from bustin one!!”

What did you think of Kanye’s social media posts on Sunday?